The time has finally come for me to decide if I want to keep this blog. It's on its way out the door... sorry, but time restraints and other matters have made me see that this too, like so many other ideas are becoming obsolete.

Also, all comments are being turned off to keep the strays and spammers (which have invaded BlogSpot uncontrollably) from entering anymore.

I'll say ado and best wishes to all--

Filling in the Spaces

It's been a long while since Nate and I took the time for one of our "Writers' Night Out," but tonight we did. D. Nathan Hilliard (Nate to his friends) has published another book, Shades, Eight Tales of Terror and I've gotta say it is one of the scariest. If you're into old time, down-right, sit on the edge of your seat stories...this one's for you!

We discussed the constant changing of the publishing world, the fonts that are on covers, the new way of thinking as being a writer, and our love for writing. Everything else was laughs, shared stories, and getting caught up with each other during our six-month pause.

Ahh, what a good evening and great company.

Happy Trails,
Cherri
Posted by Cherri Galbiati at 1:30 AM 1 comments

Writer by Night; Knitter by Day

Finally took up knitting again after a few decades a couple of years. The fun has been exciting to re-visit this old friend. My encouragement came after meeting Christine Rogers, who happens to own THE SOCIAL KNITWORK right here in my own neck of the woods. How cool is that?

Anyways, I'm going to share a few photos of her shop and hope anyone who lives in the area of Spring, Texas will stop in and say hello, look around, and sit a spell. It's called THE SOCIAL KNITWORK for a reason. :>)

Hope you enjoy the photos and for anyone who is a yarn enthusiast, this is the place to come; learn tons of tips and tricks and maybe pick up a new hobby. If you're into "Spinning," look no further--Christine does that too. 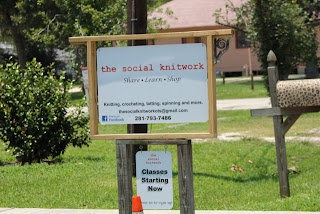 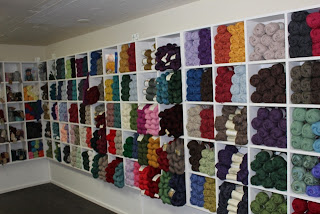 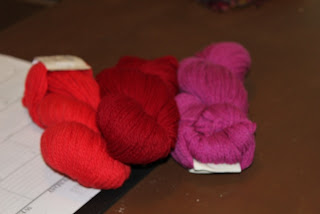 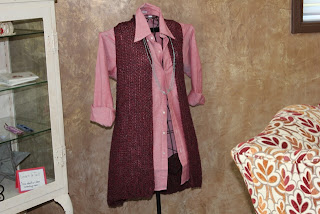 There are tons of neat stuff inside this cozy wonderful shop. Just wanted to share it with the world!


Now it's time for me to put down the needles and go put someone through the ashes of hell...on page, of course. *grinin'*

D. Nathan Hilliard and his "Shades: Eight Tales of Terror" is one of those books that will keep you looking over your shoulder. It gives new meaning for *things that go bump in the night*. You can find it on Kindle or if you prefer print, it's a available as well. 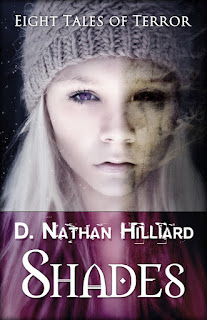 Within these pages lurks a cast of phantoms who have returned from the grave with a vengeance. You will find no friendly ghosts here, just eight deathly horrors with their own personal bones to pick with the living. These are the ghosts of our nightmares. Whether driven by madness, vengeance, pain, bloody evil, or primordial rage...they are all specters that are as dangerous as they are frightening. So get comfortable, get that night light ready, and find out who survives and who doesn't in this anthology of the baleful dead. Stories within include...

Death and White Satin - A young bride-to-be unearths the wrong wedding dress and discovers that horror and madness can echo down through the decades.

An Echo of Blood and Mirrors - A young man is surprised in the boy's bathroom by the head cheerleader. But things quickly take a turn for the worse as he discovers she's on the run from a triple murderer who has been dead for over a century.

Dance of the Ancients - Three lawmen search for a missing state trooper on a hill doomed to disappear under the rising waters of a new lake. Fearing the worst, they find something even worse than they feared.

A Memory of Me - A night spent in a forgotten graveyard lands three college boys in a situation that none of their classes have prepared them for.

Legacy of Flies - A young woman discovers she is the heir of a vast family fortune. But she also finds her inheritance comes with a ghoulish legacy that may very well be the death of her.

Storm Chase - A hurricane approaches and Bernie March's wife is standing down the hill beside the tractor he needs to bring in ahead of the storm...exactly where he buried her three years earlier.

A Singularity of Purpose - A callous young punk discovers that returning from the dead isn't just the prerogative of humans when he finds himself in one last desperate race with the dog he tormented in life.

A Long, Cold Forever of a Night - On a humid July night, a middle-aged couple find themselves alone in a deserted rural intersection...with the deadly phantom of a high school classmate who died in an ice storm decades earlier.

My very favorite story of all was created for his cover; "A Long, Cold Forever of a Night". This one will get you for sure!

Bring on the smiles, and remember: the balloon line is over there...
For those of you who like to travel.

I have been in many places, but I've never been in Cahoots. Apparently, you can't go alone. You have to be in Cahoots with someone.

I've also never been in Cognito. I hear no one recognizes you there.

I have, however, been in Sane. They don't have an airport; you have to be driven there. I have made several trips there, thanks to my friends, family and work.

I would like to go to Conclusions, but you have to jump, and I'm not too much on physical activity anymore.

I have also been in Doubt. That is a sad place to go, and I try not to visit there too often.

I've been in Flexible, but only when it was very important to stand firm.

Sometimes I'm in Capable, and I go there more often as I'm getting older.

One of my favorite places to be is in Suspense! It really gets the adrenalin flowing and pumps up the old heart! At my age I need all the stimuli I can get!

I may have been in Continent, and I don't remember what country I was in. It's an age thing.

PLEASE DO YOUR PART!

Today is one of the many National Mental Health Days throughout the year. You can do your bit by remembering to send an e-mail to at least one unstable person. My job is done!

Life is too short for negative drama and petty things. So laugh insanely, love truly and forgive quickly!

From one unstable person to another... I hope everyone is happy in your head - we're all doing pretty good in mine!
(This wonderful diddy was provided by a dear friend of mine, Vicki Tyley, who says she acquired it from a relative) :>)
Posted by Cherri Galbiati at 11:19 AM 17 comments

Cherri Galbiati
Visit: www.cherrigalbiati.com Occupation-Author, writer of mysteries; Zodiac- Gemini; Status- Married with dogs for kids. Highlights- Reading, tasting a variety of coffee, and watching the world through my dogs' eyes. Writing defines who I am. I live with love in my heart for my husband, a passioned spirit for my dogs. I shoot, poison, and maim on page. I am a writer.